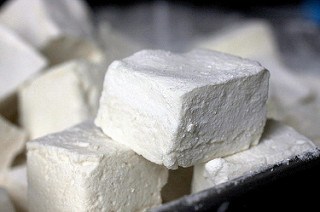 Sometimes you just need something special. These go great with Hot Chocolate.

These homemade marshmallows are not only easy to make, they set as perfectly as promised: puffed and lightweight, bouncing off one another as I tossed them in the container. Even better, they toasted like a campfire charm speared on the end of a skewer, and s’mooshed between two graham crackers with a square of chocolate.

This is a Dina recipe adopted from https://smittenkitchen.com/2009/06/springy-fluffy-marshmallows/