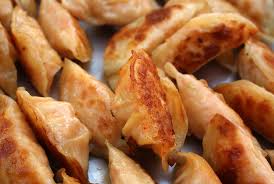 Its been a little while since I got new recipe up and posted.  However, this one is suddenly one of the kids favorites.  After paying $7 for 6 Peking Ravioli at the local Chinese restaurants I figured I could make them just as easily.  What follows is my recipie for the dumplings.  I haven’t tried making the wrappers from scratch yet because its just so easy to buy the pre-packaged ones.

To go with this I often use the Sesame-Soy Dipping Sauce which I will post separately. 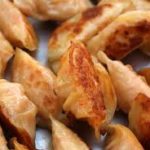